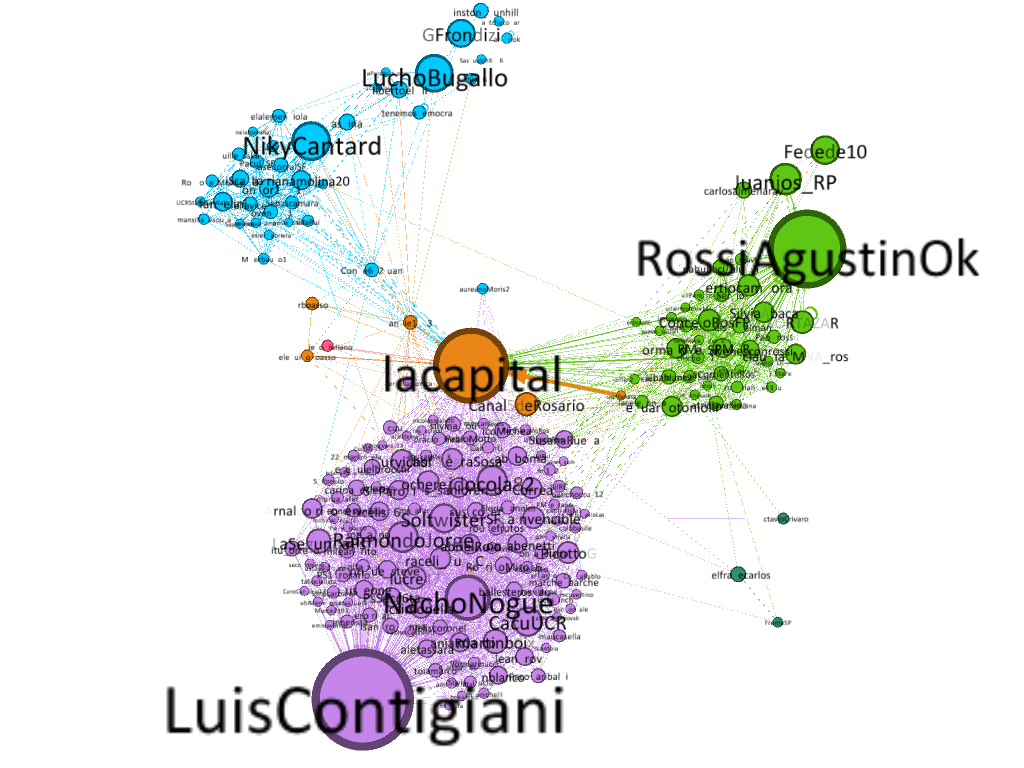 In this paper we will focus on users who interact through Twitter, trying to identify who they really are. And attending to a basic premise around the concept of Social networks and how they work in the area of the province of Santa Fe.

In Social Sciences, the use of the Social Network concept is precedent to the general idea that currently exists of interactive platforms on the Internet such as Facebook or Twitter, to name a few. In science, the Social Network focuses on the relationships between the actors that make up a social structure, focusing on communication and transaction processes.

Therefore, the work will focus on rebuilding the Social Network that is built around the Santa Fe Debate event, identifying the actors that compose it and describing its internal functioning, identifying its communicative communities.